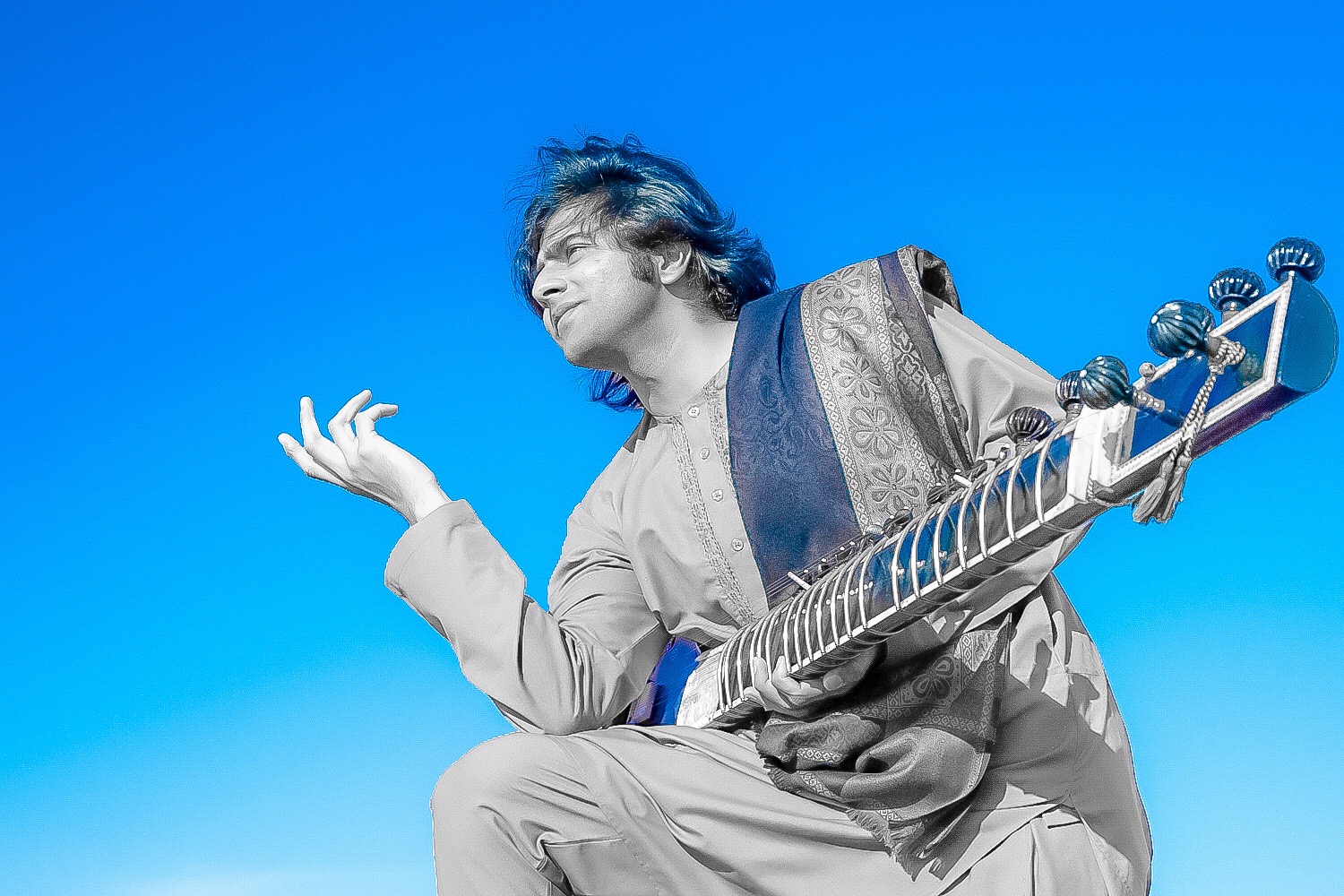 An artist extraordinaire, a visionary, a profound poet, Sharanjeet is
blessed with such an inspired state of being that art happens through
him more naturally than breathing. His music carries a youthful
fragrance and blissful aura. Life is but song where harmony and
dissonance both are vital parts.

Sharanjeet Singh Mand is an internationally recognized exponent of
Sitar. He is a disciple of doyen of Indian Classical Music,  Pandit
Harvinder Sharma. Sharanjeet represents Ustad Vilayatkhani Gharana,
one of the most advanced discipline of sitar playing.

CBC listed Sharanjeet as one of 30 under 30 Hottest Classical
Musician. It is hailed as a historic breakthrough throughout world as
Sharanjeet is the first ever non-western classical musician to make it
on the list.

Sharanjeet is widely known as a Sitarist with impeccable style and
flair, and his performances have enthralled audiences in India, Canada
and USA alike. A young and energetic performer, his style of
performance is laced with fast taans and soulful gayaki ang.

He gave his first performance at age of 16 at Mother Teresa Homage
Concert. Since then he has been performing at various prestigious
stages throughout the world. His dedication has earned him a niche
among finest instrumentalist of his generation and an international
career as a performer as well as an educator. On 16th august, 2015
Sharanjeet perform for the reception of Mr Narendra Modi and Mr
Stephen Harper, Prime Ministers of India and Canada, respectively, in
Vancouver during Indian Prime minister’s historic visit after 44
years. Sharanjeet has been invited as a guest lecturer at Douglas
College, University of British Columbia, Simon Fraser University.
Sharanjeet has also conducted several workshop for teachers as part of
British Columbia Professional Development. Sharanjeet is also a
resident teacher at Place Des Arts, one of Canada’s oldest Arts
Academy.

Sharanjeet created history by becoming the first ever Indian Classical
musician to perform a solo concert for Juno Awards in 2018.

Being equally apt in Indian and Western Classical music, Sharanjeet
has collaborated with musician of both genre. Sharanjeet is also a
cherished composer and a versatile pianist. He has been credited to be
the first ever Sitarist to play ‘Art Song’ (Opera) ‘Ave Maria’ on
Sitar.

As a celebrated TV host, Radio host and through many community
engagement programs, Sharanjeet has fully dedicated himself towards
the cause of preserving and promoting Indian Classical Music.